The Birmingham Qur’an manuscript at the Faith in Birmingham gallery is, undeniably, a magnificently rare item. Dated to between 568 and 645 AD, it is quite possibly the oldest surviving Qur’anic manuscript known anywhere in the world. Somewhat remarkably, it was discovered last year in the Cadbury Research Library at Birmingham University. Yes, the Cadbury, the famed chocolatier was based in Birmingham and an avid collector of ancient manuscripts from across the world. Fortuitously for AMRA, Birmingham was within reach for a research cafe. Unfortunately, this manuscript was only on display until the 3rd of August, it was uncertain when again it would be on display to the public…

Given this knowledge, AMRA decided to act and benefit from this rare opportunity on the 16th of July 2016 and get up close to what is a vital piece of Islamic history. An artefact that, potentially, connects directly to the earliest days of Islam.

The enthusiasm and the excitement of the attendees was immendiately evident. A buzz filled the room as AMRA members, new and old had a chance to greet each other before the opening presentations. The event was attended by Khuddam from as far afield as Sheffield and Manchester in the north, through to southern coast in Southampton. Indeed, the event was so popular that the original limit was extended from 30 to 40 people, whilst MTA International, Voice of Islam radio and the Review of Religions all had representatives present.

Rizwan Safir, AMRA’s very own archaeologist, gave a presentation, speaking on how radiocarbon dating works, and the controversies surrounding the age of the Birmingham Qur’an. Furthermore, the presence of Dr Rebecca Bridgman added to the special nature and prestige of this AMRA Research Cafe. Rebecca is the curator responsible for this Qur’an display in the Birmingham Museum and Art gallery, and had graciously agreed to talk about the background of the manuscript. After the presentations, Rebecca guided the attendees through the museum and into the ‘Faith in Birmingham’ gallery, to see the exhibit. The anticipatory demeanour was palpable, as everyone carefully crowded around the small exhibit. Rebecca stayed with us throughout, happily answering questions as the solemnity and intimacy of the exhibit captured those viewing it.

The result was a unique and emotional experience. The feedback from those that attended was evidence enough of the extraordinary nature of this special event. “I feel honoured and humbled to be here” was the most common response. One attendee simply replied “Alhamdulillah” several times.

As the event drew to a close and all returned to Birmingham Daarul Barakat Mosque for Zohr and lunch, there came a chance to reflect. So what had we learnt? 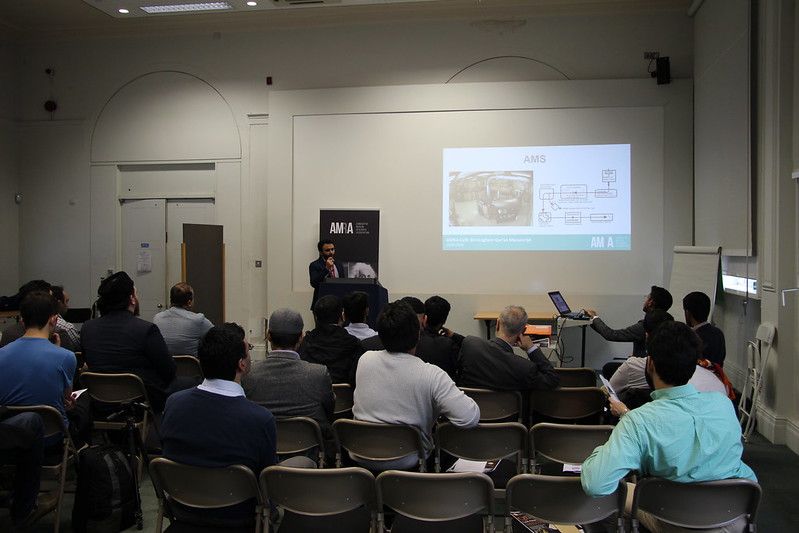 Does it date to the time of the Holy Prophet Muhammad (saw)?

The Prophet Muhammad (saw) lived from 570-632 AD. This manuscript is dated from 568-645 AD. The first issue which comes to mind is of course the range of radiocarbon dates provided. This is common for radiocarbon dating. The older the object the broader the date range. Some scholars have wrongly pointed towards the earliest date in the range to suggest that the Qur’an predates the birth of the Prophet Muhammad (saw). This is not a fair conclusion to draw, and was something Rebecca pointed out during her presentation.

There are a number of factors which must be considered when looking at the dates provided. Firstly, the radiocarbon dating is carried on a piece of animal skin, prepared especially for writing. It was common, at the time, for parchment to have been prepared, but not written on until sometime later. The ink on this parchment may well have been written many years after the animal was slaughtered, but ink cannot be sampled as only organic material (anything living) is datable. However, the style of writing (known as Hejazi) as well as the lack of diacritics (meaning vowels, which were standardised at the time of Hadhrat Uthman after 644 AD), all suggest this to be from the very earliest days of Islam. David Thomas, a Professor of Christianity and early Islam at Birmingham University has stated, this “could well take us back to within a few years of the actual founding of Islam.”

Why is this in Birmingham?

One of the first questions that comes to mind is how and why does an ancient Arabic text find itself in the midlands? Fortunately, documentary evidence has allowed us to retrace its path from over 1300 years ago in Arabia, through to modern day Birmingham, UK. As aforementioned, it begins with Edward Cadbury who collected ancient manuscripts related to faith. Cadbury was a Quaker Christian with an interest in understanding faiths around the world, and was keen for the people of Birmingham to share in that knowledge. He employed a man called Alphonse Mingana in the 1930s to collect such manuscripts, who in turn bought this particular example from a dealer in Leiden, the Netherlands.

It was unknown where this Qur’an was before its acquisition in Leiden, until an almost identical example was found in Paris, with the exact same style of writing and binding down its spine. The Paris example had detailed evidence tracing back to a mosque in Egypt, the mosque of Amr ibn al-As, and so it became clear that the Birmingham Qur’an must have been held in the same location. Thus, this delicate parchment travelled from Makkah or Medina, into Cairo, through to Leiden and eventually, via Edward Cadbury and Alphose Mingana, to Birmingham where it currently rests. 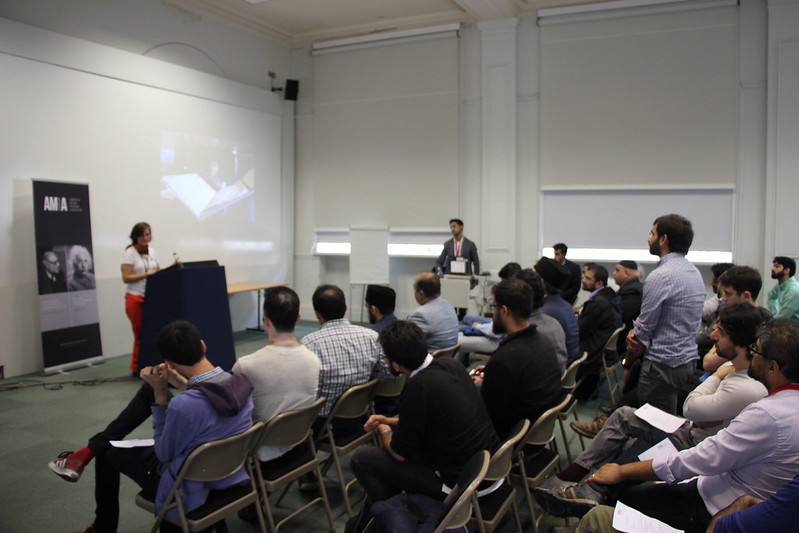 How was it discovered?

Alba Fedeli, an Italian researcher, was handling the Birmingham Manuscript when it immediately conjured a sense of familiarity. It reminded her of a similar parchment housed at the Bibliotech National in Paris. Hence, when Fedeli compared and scrutinised the two manuscript, it was clear that this was something very special. It had the same handwriting, and even the fragments were remarkably similar. Minute pieces from the manuscript were then submitted for radiocarbon dating, revealing the true origin of this Qur’an.

Watch this space for more from this, and other research cafe’s, including exclusive interviews, videos and photos. Sign up to AMRA here to be a part of future, equally exciting and stimulating AMRA events. 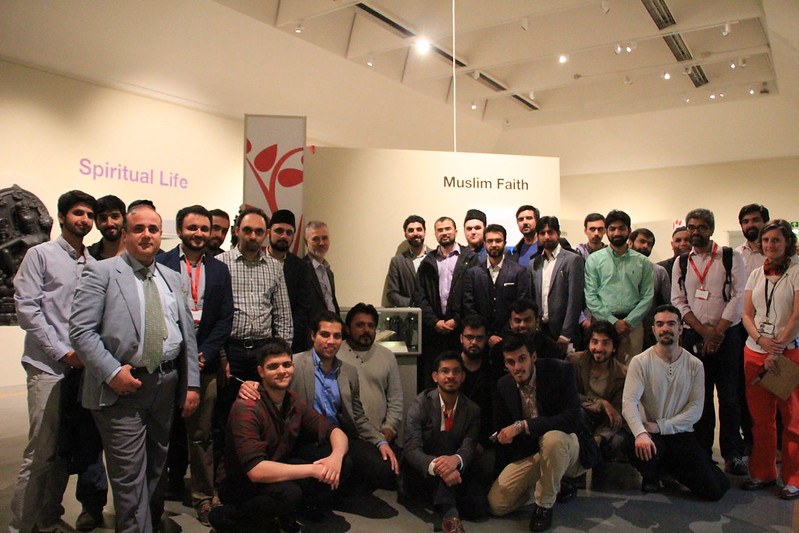 RESEARCH CAFE – Paul and the Pharisee Conspiracy Against Jesus

The 2016 7th Annual AMRA Conference will be held on Saturday the 3rd of December at Baitul Wahid Mosque, London.